What is the Best Anti Malware Tool 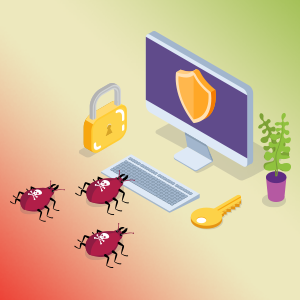 Heuristics is a defense against undiscovered threats and Polymorphic malware. Every day, thousand new malware are spread on the Internet. Updating the virus signature platform can be difficult. In an instance that a threat with an unregistered virus signature enters the computer, Heuristics monitors how the file behaves in the computer. The moment it displays a harmful behavior, it triggers the sandbox to contain it. For example, a Polymorphic malware can mutate its signature to bypass Signature-Based Detection. However, when it shows a harmful behavior in the computer, Heuristics will constantly monitor it.

The sandbox is a protected space within the computer that sets a suspicious file apart from the other legitimate software to avoid malware infection. When heuristics scanning suspects the file as malicious, it is sandboxed. The file contained within the sandbox has zero idea that is running within the cell. So if it continues to show malicious activities, it is flagged as threat and removed from the computer. A sandbox enables close analysis to determine if the file is safe or not. Almost all of the best anti malware tools use a sandbox technology.

Comodo Advanced Endpoint Protection, designed to counter today’s age malware, uses only the best anti malware tools to protect the computer. It has multi-layered defense to combat sophisticated malware. It has Auto-Containment that never leaves a window open for malware infection by containing any untrusted file that reaches the computer.

Comodo being aware of the proliferation of sophisticated malware, developed another advanced feature that defends the computer memory and registry against fileless malware. It is called HIPS or Host Intrusion Prevention System. It monitors the computer memory and registry constantly against modification. It also protects the keyboard against Keylogger, a type of malware that records keystrokes to steal passwords and important credentials.

A small network vulnerability may render all the devices connected to the network useless, that’s why Comodo Advanced Endpoint Protection has a packet filtering firewall that monitors the network traffic to combat inbound and outbound threats. All data that are transmitted within the network is filtered by the firewall to prevent malicious activities.

Many anti malware software promise advanced malware protection, but choose only the best for your computer and network. Download Comodo Advanced Endpoint Protection.