Malware analysis deals with the study of how malware functions and about the possible outcomes of infection of a given specific malware. It is important for any IT security expert to know that malware can have different types of functions as they are of a type like worms, viruses, spyware, trojan horses, ransomware, etc. Each type of malware is crafted by the attackers to enter into the system through different sources to infect without the consent of the user.

Security Incident Management System: An organization finds any suspicious malware activity in the network, malware analysis is instantly done to identify the source and type of malware and to know what would be the impact it might have on the organization.

Malware research: The malware researchers conduct malware analysis to know how malware functions and its recent techniques and methods used while developing it.

Sign of Compromise Extraction: An intense malware analysis is performed to comprehend the indicators and signs of compromise; This information is taken into consideration while developing a new security solution or system to equip organizations with better and effective solutions to fight against malware attacks.

There are four different stages to be followed while investigating a malware. These four stages form a pyramid, while the stages get complex as you get closer to the top of the pyramid. Read on to know what goes into the detecting the malware.

Automated Malware Analysis: Implementing the use of completely-automated tools is one of the easiest ways to evaluate any suspicious program. The automated tools work best to understand what the malware can potentially do when it enters the system. The automated analysis of the malware helps the IT security experts to get a detailed report on the network traffic, registry keys, and file activity. Even though, its does not give a complete information, it is considered the quickest method to filter out large amounts of malware.

Analysis of Static Properties: To get a thorough understand about the malware, it is critical to look into the static properties of malware. Embedded strings, hashes, header resources and header information are some of the static properties to show possible signs or indicators of compromise.

Analysis of Interactive Behaviour: Security experts, move the malicious files into a separate laboratory to monitor and understand if it infects the laboratory. Analysts then with consistent monitoring checks if the malware file finds a way to attach to the hosts.

Code Reversing: Manually reversing the code of a suspicious file can decrypt the data to determine the file’s logic and to also understand the possible capabilities of the file and its outcomes from being shown up during the process of behavioral analysis. The debugger is one such tool used to manually reverse the code. Manual code reversing is extremely complex and needs a specific set of skills to get it done.

Comodo Forensic Malware Analysis Tool provides absolute solution to identify all types of malware residing on the organization’s network. It integrates containment technology with Valkyrie – a cloud-based file verdict system. All the files are audited and then are categorised as Safe, Unknown or Malicious file. The forensic analysis tool provides an option to choose one among the following specific scan targets as per the organization’s network setup

Active Directory – This is ideal for organization infrastructure where almost all the endpoints requires scanning within a particular network.

Network Address – Here the target endpoints are specific and selected by IP address or host name.

Workgroup – The scan targets include the computers and devices added to a work group.

A Single Computer – When the scan is run only on a local device.

The Valkyrie analysis system is effective as it provides verdict for known and unknown files – delivering all the details of the results on the Forensic Analysis Tool Interface. It is easy for IT admins to view the malicious files, infected files, unknown files and the files that are being analysed all through the interface. 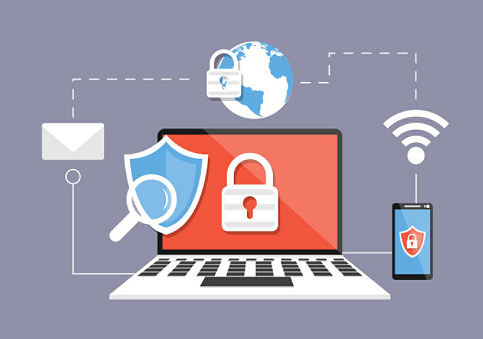 Malware, also known as malicious software, is a malicious code developed with a malicious intent, or whose effect is malicious. This software can disrupt the system’s operation by permitting an attacker to access sensitive and confidential information, besides allowing attackers to spy on private and personal computers.

Malicious software normally disguises itself as clean programs. Cybercriminals design malware in order to steal data, bypass access controls, compromise computer functions, and also cause harm to the host computer, its data, and applications. If spread through a network, malware can actually cause widespread damage and disruption, demanding extensive recovery efforts within organizations.

Threats like malware have been in existence for decades but they were referred to as computer viruses during this time. However, the term malware was introduced by Yisrael Rada in 1990. Many of these early infectious programs were actually written as pranks or experiments, but hackers now use malware to steal business, financial, and personal information.

Key Types of Malware Attacks and How to Defend Against Them

Given below is a list of malware types and a discussion on how to prevent and tackle such malware attacks:

Adware is a malware capable of downloading or displaying advertisements to the device user. It mostly does not steal any data from the system but it plays a more annoying role of forcing users to see ads that they would rather not have on their system. Some irritating forms of adware display browser pop-ups that cannot be closed. Sometimes, users unknowingly pollute themselves with adware that is installed by default when they download and then install several other applications.

Install an anti-malware solution available with anti-adware capabilities. You will have to disable pop-ups on your browsers and then focus on the installation process when installing new software, ensuring that you un-select any boxes that will install additional software by default.

A backdoor is considered to be a secret way to get into your network or device. Device or software manufacturers frequently create backdoors into their products either unintentionally through sloppy coding practices or intentionally so that company personnel or law enforcement will have a way to break into the system. It is also possible to install backdoors using other types of malware, such as rootkits or viruses.

Backdoors are one of the hardest types of threats to defend against. According to experts, the best defense is a multi-pronged security strategy comprising of a firewall, network monitoring, intrusion prevention and detection, data protection, and anti-malware software.

A bot is software that executes an automated task, and many bots can be helpful. When talking about IT security, the word bot mostly refers to a device that has been infected with malicious software that makes it perform something harmful, mostly without the owner’s knowledge. A botnet is a huge group of these bots all focused on the same task. Often, attackers use botnets to send out spam or phishing campaigns or to execute distributed denial of service (DDoS) attacks against websites.

Organizations can prevent their computers from becoming part of a botnet by using firewalls, regularly updating software, installing anti-malware software, and forcing users to create and use strong passwords. Additionally, network monitoring software can also help to determine when a system has become part of a botnet. It is essential for you to always change the default passwords for any Internet of Things (IoT) devices you install.

Ransomware has recently become one of the most prevalent types of malware. Most of the well-known malware variants lock up a system, preventing the victim to do any work unless he/she pays a ransom to the attacker. Other forms of ransomware threaten to publicize embarrassing information, such as a user’s activity on adult websites, unless he or she pays a ransom.

Organizations can often mitigate ransomware attacks by updating their backups. If their files become locked, they can just wipe the system and reboot from the backup. Furthermore, organizations should make it a point to train users about the threat, patch their software as needed and install all the regular security solutions. However, many organizations and individuals have resorted to paying the ransom as a few varieties of ransomware have proven to be extremely difficult to remove.

Spam is considered to be unwanted emails in IT security. It generally includes unrequested advertisements. A spam can also include attempts at fraud or attachments or links that would install malware on your system.

Most email services or solutions include anti-spam features. Using these capabilities is considered to the best way to prevent spam from showing up on your systems.

A Trojan horse, or just a Trojan, refers to any malware that pretends to be something else but genuinely serves a malicious purpose. For instance, a Trojan can appear to be a free game, but after the installation process it could steal data, install a backdoor, destroy your hard drive or take other harmful actions.

As a user, you will have to be careful when installing new software on your systems or when clicking email attachments and links. Organizations can use security software, such as anti-malware software and firewalls, in order to prevent a number of Trojans.

A worm is very much like a virus because it spreads itself, but unlike a virus, it does not infect other programs. Instead, it is considered to be a standalone piece of malware capable of spreading from one network to another or from one system to another. A worm can cause damage to an infected system very much the same as the damage done by viruses.

The perfect best way to prevent worm infections is to use antivirus or anti-malware software. Users should only click on email attachments or links when they are certain of the contents.

In order to be considered a virus, the malware should be able to infect another program and try to spread itself to other systems. The virus mostly executes some sort of unwanted activity on the systems it infects, such as sending spam, stealing credit card information or passwords, locking the system or incorporating systems into a botnet.

A virus infection can be prevented by installing antivirus software, and users should regularly update the installed software. You should also deploy a firewall and pay close attention when clicking on Web links or email attachments.