Virus vs Worm vs Trojan – The Difference 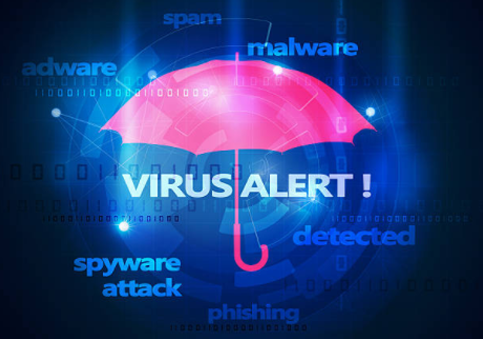 Most often, in the computer world, users often use the term virus to refer to a malicious code, which is really not. There are different types of malicious code that includes viruses, worms, Trojans, ransomware, etc.

What is a virus?

A computer virus is a small piece of infectious code, which works to modify the operation of the computer without the user’s consent.

A virus must function in the following two ways

It should be able to replicate by itself – It replicates its malicious code into multiple copies and it replaces other files with a copy of its infected file. Computer viruses infect PCs and network servers.

Viruses are programmed in different ways to serve different purposes. For instance, some are developed to infect the computer by deleting files. damaging programs or formatting the hard disk without the user’s consent. While others are benign and are developed to replicate into copies by themselves notifying the user about their presence by sharing text, audio messages and videos. The latter can use up the computer memory which is actually used by genuine programs – this results in unpredictable behavior leading to system crashes. 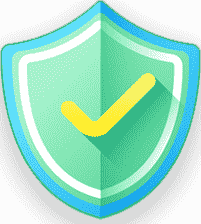 Do you need protection against Trojans?

There are five recognized types of viruses:

Boot sector viruses infect the boot record on hard disks and floppy disks. There is a small program in the boot record of all floppy disks and hard disks, that is run when the user starts up the system. Boot sector viruses attach themselves to this part of the disk and activate when the user attempts to start up from the infected disk. These viruses reside in the memory. Most of these viruses were developed to attack DOS, however, all PCs, regardless of the operating system, are targeted by this virus. The main game is that a PC with an infected floppy disk would be a potential target for a boot vector viruses.

This is also known as Polypartite virus and it has been developed by the hackers to infect both program files and boot records. This type of infection is difficult to repair. Though the files have been cleaned, the virus reinfects those files, if the virus is not removed from the boot area.

These viruses infect data files, with the coming of Visual Basic in Microsoft Office 97, a macro virus can be written to infect data files but also has the capability to infect other files as well. Macro viruses infect Microsoft Office Excel, Word, Access and PowerPoint files. These macro viruses exploit the use of other program’s programming language, that has been created to allow users to automate certain tasks within the application. Due to its ease, there are thousands of such viruses.

What is a Trojan?

Trojan horses are humbugs – malicious files that claim to be something desirable to deceive the user for a fraudulent gain. It is distinct from computer viruses as they do not replicate as the viruses do. Trojans have malicious code, that, when stimulated, cause data theft. The Trojans spread its infection only when the user opens a malicious email attachment through which these infectious programs enter the computer

Example – The PWSteal.Trojan is a Trojan.

What is a worm?

Worms replicate themselves from one system to the other by using the host file. Worms exist inside another file, most commonly in Word or Excel document. Worms differ in using host file when compared to viruses. The worm infects a document and releases it while the worm macro is still residing inside the document. And hence the document as a whole is considered a worm

Know how to Protect your devices from Viruses, Worms, and Trojans

Keep your software and applications up to date –

Updating the Operating Systems and other applications of the users’ devices with the latest security patch fixes would help users battle against the malware that potentially targets outdated vulnerable devices.

There are umpteen antivirus solutions available as free and paid versions to fit the security requirements of both individuals and businesses – high and low. There are some market leaders like Comodo which offers Internet security suite that offers complete 360 degree protection combining Antivirus, Firewall, Containment Technology, Host Intrusion Prevention, Cloud Delivered Protection, Secure Shopping, Protection Against Man-in-the-Middle Attacks, Secure DNS, Real-Time Scan, Viruscope, Web Filtering, Rescue Disk, Virtual Desktop, Kill Switch, Antivirus Updates and Protection against Fileless Malware. When all these are put together under a single roof, It works efficiently to render malicious programs useless and prevent them from even reaching your computer.

How to protect corporate data from cyber..
What encryption algorithm is used in the..