What are the Common Trojan Viruses? 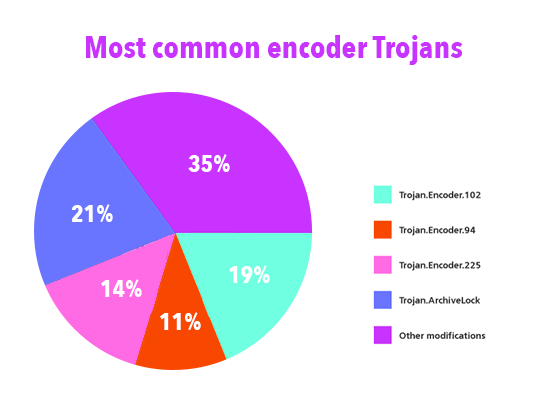 Do you notice that your computer is showing you all sorts of pop-ups and messages? It doesn't matter if it's an advertisement or a message saying your PC is infected. You can sure now that you starting to feel the common Trojan viruses symptoms. You may have contracted a fake antivirus or a spyware onto your system.

If you think that having too many files and running multiple applications all the same time can slow down the computer, it's not the only cause. The common Trojan viruses symptoms can also cause that slowness because it must be using many resources.

One of the common Trojan viruses symptoms is a slow Internet. Many times, you might not be able to connect to it either. When you know that everyone else in the house or office can connect, be warned. That's one of the common Trojan viruses symptoms. When you're infected, the Trojan horse virus could be connecting to a URL or opening separate connection sessions. Because of that, it reduces the available bandwidth or it makes it hopeless to use the Internet.

An application you really need isn't working at all after minor troubleshooting must be one of the common Trojan viruses symptoms. Some programs can work but some of your programs is won't. You should go check all of your security tools and system to be sure.

Are there unwanted windows and browsers that display pages? This is a strong indication of a common Trojan viruses symptoms. The unwanted redirection of traffic to another deceitful website. This can trick you to use a fake website which you won't notice at all.

This is one of the scariest Trojan horse virus symptoms. Your important files that are missing might have been manipulated by a Trojan virus. The Trojan horse can delete or encrypt information, or move your files to another place. You should be worried when this thing happens to you.

Your Antivirus Gone and Firewall Disabled

It's not only files that can disappear in your computer, your antivirus and firewall functions can be turned off during the common Trojan viruses symptoms. This makes your computer a lot more vulnerable to cyber attacks. A serious computer security issue is already happening and you should react to it quickly.

Your computer language suddenly changed without your knowledge. It's a giveaway common Trojan viruses symptoms. Your screen can also show back-to-front and other strange activities can tell you that you have an infected computer system.

Computer Operating on Its Own

Your computer starts to become a hot mess. You notice that it's sending emails and having Internet sessions on its own. You're definitely experiencing common Trojan viruses symptoms.

Given all the abilities of common Trojan viruses, there are also specialized Trojans that is designed for a specific mission. They're executed intelligently to steal, to harm, and to spread more Trojans on your computer system.


How Does AEP Work to Remove Trojan from PC?

The Comodo VirusScope technology is used to examine unknown files at the endpoint, for malicious behavior and actions. The Valkyrie provides a cloud-based accelerated verdict in about 45 seconds, based on static, dynamic and even human analyst interaction. Malware files are removed, good files are allowed to run on the endpoint CPU and unknown files are contained in the lightweight virtual container on the endpoint and analyzed in real time.

You can expect Advanced Endpoint Protection to provide a report in a minute. It uses negligible CPU resources and requires an computer footprint of just about 10 MB. The program provides complete security for both physical and virtual computers in all kinds of enterprises. Therefore, you can expect a thorough trojan horse virus protection.