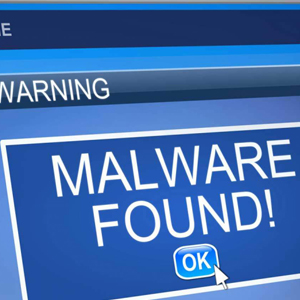 Most of the time if you are infected by a malware, you will notice a virus alert coming from your antivirus. You might also get this from malicious email attachments sent to you. You will be lucky if you have a strong antivirus that could contain the malware or you are using a malware analysis sandbox to help you identify the possible malware that entered your system.

Malware is a term used to refer to certain harmful software programs like viruses, worms, spyware, adware, ransomware, and many more. Once the malware successfully enters your computer system, it could create a lot of damage to the system. It could take control of the whole system, it could also monitor the entire activity of the system.

If you have a malware analysis sandbox, it could prevent the malware from silently sending all sorts of confidential data from your computer or network to the attacker's home base.

Having a strong antivirus and a malware analysis sandbox would always be helpful because attackers will use several methods to get malware into your computer system. But if not, other option would require for the victim to take action to install the malware into the system. This includes the clicking of a download link, downloading a malicious file, or opening an attachment that could pretend to be harmless, but actually loaded with lots of malware on the file that remains hidden.

Adware is a term used for advertising-supported software. It is important that your malware analysis sandbox detect this malware because it is a strain of malware that automatically delivers advertisements that are displayed by the software. Mostly, free software and some applications offer free versions that come bundled with adware. This adware is sponsored or authored by advertisers and servers as a money generating mechanism.

While it is common for adware to deliver advertisements, it is not common for adware to have a spyware included in the program that is capable of tracking the victim's activities and steal vital information. If this adware is not detected and not contained in a malware analysis sandbox, it becomes too dangerous for the system.

Bot are software programs that must also be detected by an antivirus and must be contained with a malware analysis sandbox because it was created to automatically perform specific operations. Although there are bots that are created not to harm the system like for video gaming, internet auctions, online contests, it is becoming popular to notice bots being used for malicious intent. It is not detected by a strong antivirus and contained with a malware analysis sandbox, it can be used in botnets- a collection of computers to be controlled by third parties., it will be used for DDoS attacks, it can also be used as spambots that render advertisements on websites, it can also be used as web spiders that scrape server data, and for spreading malware disguised as popular search items on common download sites.

Ransomware is another type of malware that your antivirus should detect and must be contained by a malware analysis sandbox. It essentially holds a computer system captive while asking for a ransom payment. This type of malware will restrict the user access to the computer either by encrypting files on the hard disk or it could lock the whole system and then it will display a ransom message that is designed to force the victim to pay the malware creator to remove the restrictions and regain access to their computer.

A Trojan horse or commonly known as Trojans, it is a type of malware that your antivirus should detect and contained by a malware analysis sandbox because it disguises itself as a normal file or software program to trick users into downloading and installing malware. If the computer system is infected with a Trojan, it can access the whole computer and it is possible for the attacker to steal the important data inside the computer, it can also install more malware, tamper the other files, monitor the system activity, and anonymize internet activity.

A Virus is another kind of malware that your antivirus should detect and be contained by a malware analysis sandbox because it is capable of copying itself and spread to other computer systems. If you don't have antivirus and malware analysis sandbox tool, it can spread to other computers by attaching themselves to various programs and execute code when a user launches one of the infected programs.

Computer worms are the most common breed of malware that your antivirus should detect and be contained by a malware analysis sandbox tool. They spread over the local network by exploiting the operating system's vulnerabilities. If it is not contained by the antivirus or a malware analysis sandbox, it can cause harm to their host networks by consuming bandwidth and overloading web servers. They have the capability of self-replicate and spread independently while viruses rely on human activity to spread.

Prevent Malware With The Help Of Malware Analysis Sandbox

There are plenty of best practices that you should follow to prevent malware infections. There is some malware infection that requires a special prevention method, all will depend on the type of malware.

Install and run a strong antivirus like the Comodo Antivirus and firewall software. You also need to have a malware analysis sandbox tool present in the Comodo Advanced Endpoint Protection for added security for your system. Make sure that your software and operating systems are all updated to avoid being exploited by the criminals. Lastly, be always vigilant to all your downloads and email attachments. Don't settle anything for less, download a free copy of Comodo Antivirus or Comodo Advanced Endpoint Protection now!