WHAT IS THE TROJAN VIRUS AND ITS CHARACTERISTICS 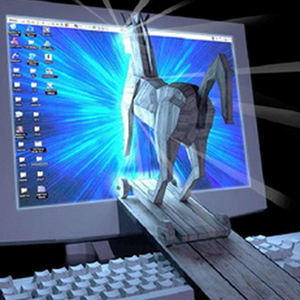 What is the trojan virus is one of the most common questions these days in the world of the computer? It is primarily because many are falling into victims of this threat. Since most of the computers are directly connected to the internet, they are very susceptible to this threat and once it is inside your computer system, it could now affect other computers in the same network.

Mitigating the risk and avoiding a more serious problem is the next step you must do in order to protect your system against Trojan horses. To be able to properly combat Trojan horses, it is important to know what is the trojan virus and its characteristics.

In the world of information technology, a Trojan horse is a software program that portrays to be harmless, but in reality, it is. The trojan virus can also do unexpected things to a system and there are unusual activities that the victim will not expect.

A Trojan horse is commonly known as Trojan horse virus but actually, it is not a virus, because unlike a computer virus, a trojan horse has no capability to replicate itself or it can spread its infection without the end user's participation.

To be able to infect systems, the attackers are using different social engineering techniques to fool the potential victim to execute the trojan. Usually, the malware programming is hidden in a legitimate-looking email attachment or free download. It would be helpful to know what is the Trojan virus because usually if the victim accidentally clicks the email attachment or the downloads, the Trojan that is hidden will be transferred to the user's computing device. Once the infection is inside the computer system, the malicious code can run whatever task that the cybercriminal planned to do.

Since it is common that the trojan remains to be hidden and the victim has no knowledge on the infection, you will need a strong antivirus or a good anti-malware security software to be able to know what is the Trojan virus. You will also need to update the software and avoid from clicking the links from any suspicious sources.

Trojans Can Do Backdoor

It would be helpful for you to know what is the Trojan virus and its characteristics If the system is infected with a Trojan horse virus, it could give an access to the cybercriminals a control over the infected system. They will enable the author of the Trojan to do anything they want on the infected computer system. This includes the sending, receiving, launching and deleting files, displaying data and rebooting the computer. Usually, if there are lots of infected computers, it can now form botnets which the cybercriminals may utilize.

It would be helpful for you to know what is the Trojan virus and its characteristics. Exploits are programs that are loaded with data. It can also be a code that takes advantage of the vulnerabilities within the application that are running on the computer system.

It would be helpful for you to know what is the Trojan virus and its characteristics, it can be a rootkit. Rootkits are made to hide certain objects or activities on your system. Usually, what was the Trojan horse virus is doing is to prevent these malicious programs are being detected. This will help extend the period of the malicious program to run on the infected computer.

Trojans Can Be DdoS

It would be helpful for you to know what is the Trojan virus and its characteristics, it can be DDOs(Denial of Service). These attacks are against the targeted web address. What was the Trojan horse virus will do is to send multiple requests from your computer and other some target.

Trojans Can Be a Downloader

It would be helpful for you to know what is the Trojan virus and its characteristics This type of malware will download and install a new version of the malicious software program onto your computer.

What Was The Trojan Horse Virus: Preventing Trojans

There is no better way of protecting your system than to install a strong and effective anti-malware security software. This security software will detect, clean, and prevent the attacks of trojans into your system. Lastly, you should always keep yourself educated on all social engineering techniques of the cybercriminals in order to avoid being infected and prevent what was the trojan horses will do to your system.