Windows Antivirus Scan Tools That Can Be Useful For You: Advantages 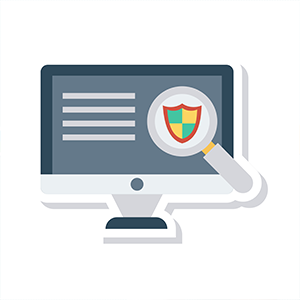 Most of the ordinary computer users are not knowledgeable about how important is their antivirus. That is why we have listed down the advantages of using a good antivirus software.

Advantage 1: Your Own Security Against Viruses

One of the main advantage, when you scan computers using a Windows Antivirus Scan tool, is the protection of your systems against viruses. You can protect your systems against the problem of compromising your whole data on the system. If you don't have any antivirus solution on your systems, everything is at risk. All the important information and the operating system can be easily damaged or tampered by these threats. This would make your systems virtually useless, that is why you need to scan laptop for virus using your antivirus.

Advantages 2: Protection Of Systems From Hackers

The next advantage if you scan computers using a Windows  Antivirus Scan tools is the protection of your systems against the attacks of hackers. It is believed that hackers are the human version of the computer viruses. They use the backdoor access to get important information like the bank account details, credit card, and other financial stuff that can be useful to them. A good quality antivirus solution would be able to detect spyware and other suspicious files to block the access on your system and use to scan laptop for virus and to scan computers in the network.

Advantages 4: Protection Of Systems Against Spam

It is also an advantage if you scan computers using a Windows Antivirus Scan tools is the protection of your systems from spams. Although there is some email that marked as spam even it has no malicious intent on your system, it just contains some advertisements. But there are some that have malicious content that is usually created by viruses hiding on your hard drives. A robust antivirus can disable these viruses and can reduce the number of unsolicited emails you receive.

Advantages 5:  Prolong The Life Of System

The fifth advantage when you using a Windows Antivirus Scan tools is the ability to prolong the life of your whole computer system. With the help of antivirus solution, you will be guaranteed that your hardware components will not be damaged by the viruses and other threats that can potentially harm your system. You will also be insured against the future expense caused by these threats.

Advantages 6: Provide You The Peace Of Mind

It is also at your advantage when you using a Windows Antivirus Scan tools is having the peace of mind. Computer viruses and other threats like malware could give you a lot of stress, but with the help of antivirus solution, you will be assured that everything is under control. You won't have to worried about the unprotected system, you will not also experience some browsing problem on your computer because of your antivirus.

Advantages 7: Security Of The Whole Network

Lastly, when you scan computers using a Windows Antivirus Scan tools is the advantage of protecting all the systems in the network. There are notorious computer viruses that are capable of self-replicating and they can transfer from one computer to another while disguising as ordinary data. If your antivirus is good enough, it can detect these viruses and it will prevent further damages to your network, that is why it is important to scan laptop for virus and scan computers in the network.

Bitdefender Antivirus Plus 2019 is one of the best Windows Antivirus Scan Tool you can download and use on the internet. This product goes beyond being merely competent among others. The price of this software is very competitive among others. With this, you can get more than what you ask for in terms of features of an antivirus. This software is very reliable in terms of zeroing in on any potential threat to your computer.

It is armed with the most robust web filter that will prevent access to suspicious websites, while its own secure browser will make any web shopper feel secured while shopping in the web making it a must-have feature in the best Windows antivirus scan software. With this version of antivirus comes also the protection of the computer against the ransomware that is very dangerous to your system.

Norton Antivirus Basic 2018 is another software to include in the best Windows antivirus scan tool. This software is very light on your computer's resources with an added feature. The price of this software is justifiable and easy to buy. This software is very good to crack down malware, unlike other computer scan software. With this antivirus, your computer is surely protected by the different kinds of protection layers. If you don't want to automatically scan computers, you may use its manual setting for your own convenience. It also comes with browser extensions that would make your browsing experience more secure. Norton Antivirus 2018 will work quietly and efficiently in the background.

ESET NOD32 Antivirus 2018 edition is a bit costly but everything is all worth it. It is included in the best Windows antivirus scan tool because of the good feature it provides. It has perfected the performance of the antivirus in combating different kinds of threats. It has a real-time anti-malware and anti-ransomware that will give you peace of mind while surfing the internet. It can also prevent script-based attacks and URL filtering with this computer scan software.

ESET NOD32 Antivirus has a protection beyond the use of the web, it offers a dedicated device control module which prevents the spreading of virus infection over the USB and other external devices. There are also lots of configurable settings you may do to this software.

Kaspersky Antivirus 2018 is also included in the best Windows antivirus scan tool. This software comes with a great filtering capability. It will surely protect you when you are browsing the internet. It is good in filtering and cleaning any malware, protect your system against different kinds of threats. You are assured that this software is efficient and very accessible with its unique user interface.