What is Malware and How to Prevent Malware Attacks? 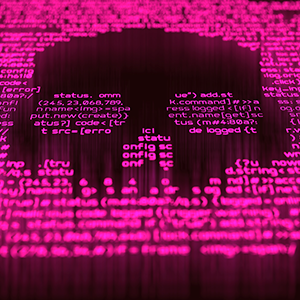 Malware is a malicious program that is designed to harm the computer. Hackers use malware mainly for committing cyber crimes.

Blank malware harms the computer in many ways. When it enters the computer, depending on the type of malware, it can self-replicate to overload the system, create a backdoor for hackers, or encrypt files.

Malware has the ability to steal personal information and send it to the hacker. It has been a serious problem circulating on the World Wide Web. Countless have been victims of malware. Krebson Security reported that a Virginia Bank lost a total of $2.4M to hackers who breached their system. Click here to read the news.

How Malware gets installed

The World Wide Web provides unlimited resources to users across the world. However, some have taken advantage and used the Internet to commit financial crimes. They spread malicious software in different websites that allow them to gain control over the user’s computer without being exposed.

Malware disguises itself as a legit software that deceives many users into installing them. Some of them hide behind a deceptive link or attachment. When the user clicks on it, the malware installs.

Once installed, malware can encrypt files or hold the file hostage until the user pays the ransom the hacker demands. Malware also gives hackers full control over the computer by installing more malicious tools. By doing so, hackers can turn on the mic to listen to conversations and control the camera to monitor the victim.

This can happen without the user’s knowledge. Many users reported having malware used to monitor activities, confessed they had zero ideas that they were being watched.

Some malware also have the ability to directly attack the central component of the computer. This ability makes this type of malware hard to remove. In some cases, windows reinstallation is the only solution to eliminate it.

Malware that can directly access the operating is used for big cyber attacks such as hacking bank information. In July 2018, ARS TECHNICA reported that hackers stole almost $1M from a Russian bank using fileless malware - type of malware that resides in the computer memory.

This proves that malware is a serious threat. Anyone that is exposed to the Internet is at risk of malware attack. They are used to break into a security system. Hackers particularly target the system with poor security features.

So how to prevent malware attack?

Many malware info provides malware prevention techniques. But the following are the best ways.

It also provides real time protection against malware, which means that it has the ability to reverse the damage the malware has done to the computer.

Everyone who uses the Internet needs an anti malware software to guard their computer against malware attacks.

There’s a danger in downloading and installing pirated software; they may contain malware. Brain - a major computer virus was spread through an illegal copy of a software. Malware is often installed through an infected download.

In an era of free downloads on the Internet, hackers can easily make a free fake download with malware to hack computers.

Many disregard scanning the URL or link but this one of the best ways to prevent malware infection. Malware is also installed through phishing links that generate fake websites and pages.

Scanning the URL first helps verify if the link is infected with malware or safe. There are website scanners that can scan links. Just right click on the link then copy and paste it.

Comodo offers free Web Inspector that is used to check the website and link reputation.

The more malware info we know the better. Want to know the warning signs of malware on the computer? Click here.