What is Malware Virus 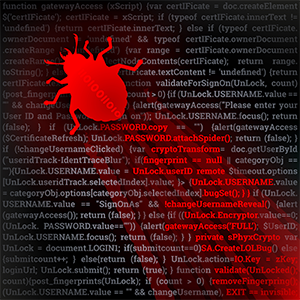 Malware virus is a harmful software disguised as a safe and useful file. It pretends to be an application update or installer, but when you click on it, it starts infecting your computer.

The idea of malware was first introduced in the year 1949. Later, an experimental program gave birth to malware virus.

In the year 1971, a BBN Engineer Robert Thomas conducted an experiment with a program called Creeper.

Creeper was designed not to harm a computer but to test if it was possible for a program to duplicate itself. When Creeper was first tested, it didn’t damage any computer but would leave a message saying "I'M THE CREEPER : CATCH ME IF YOU CAN," before it moved from one system to another.

In the year 1974, a real malware virus called Rabbit was released. It had affected mostly the business networks in Russia and Ukraine. The Rabbit virus is installed through a fake Adobe Flash Player Update spread on different websites. Once it’s self-replicated throughout the computer, it prevented the computer from booting up.

The other famous malware viruses eventually appeared, such as Trojan, Brain Boot Sector Virus, Melissa Virus, and perhaps one of the most controversial of all, the I Love You malware virus. The I Love You virus was created by Filipino programmers Onel De Guzman and Michael Buen.

It was spread through an email with a subject entitled I Love You. The user thinking that it was a legit email from someone they knew, clicked on the bait and the malware virus started spreading on the computer.

The malware virus would spread again by sending infected emails to the victim’s email contacts. The I Love You virus hit the globe in the year 2000 and has affected millions of users across the world.

How Dangerous is Malware Virus

Malware virus can be compared to a disease that infects our physical body. Once the disease spreads to the organs, the body deteriorates, stops functioning normally, and eventually results in death.

Just think of malware virus as a computer disease that infects your computer. At first, you have no idea that it’s infecting your computer, but as they continue to self-replicate, the computer starts displaying symptoms of malware virus infection such as loading more slowly, applications acting strange, or blue screen.

That is why malware virus must be prevented from entering the computer. As they self-replicate quickly, it’s difficult to remove them from the infected files and programs.

How to prevent Malware Virus Infection

Hackers’ favorite places to visit are the unencrypted websites. These are the websites that don’t have a strong security system. Basically, since they don’t require a strong authentication, hackers can easily add an infected download or link on the website.

2. Be cautious with downloading untrusted applications

Let’s face the truth. Almost everything can be downloaded on the Internet for free. These free apps make downloading more convenient for us, because we never have to purchase anymore. Who doesn’t want a free download, right?

There’s nothing wrong with it. However, we want you to keep in mind to be cautious with downloading free apps. Some of them contain malware virus. Remember, malware virus pretends to be a useful software.

Download only from a trusted publisher. Stop downloading free apps from unknown publishers. Most likely, they contain malware virus. It’s better to be cautious than get your computer infected. Be careful with downloading free apps on the Internet. Analyze the description carefully before you click on the download button.

This is probably the most important solution of all. Everyone needs an anti malware on their computer. As long as you use the Internet, you’re vulnerable to malware virus attack.

Click here to check out the Best Anti Malware.

Perhaps malware virus is here to stay just as the Internet, but it doesn’t mean that they can’t be prevented. If a physical illness is preventable, so is malware virus! Just take precaution when using the Internet and remember that you have a partner that fights against malware virus - the anti malware.