Malware Scan - Is It Important To Protect The Computer 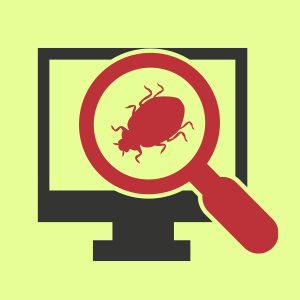 A computer that is not scanned regularly may already have malware infection only it doesn’t show any sign of malware yet.

Malware - what is it

Malware is a program designed to harm the computer. Once installed, malware attacks the files and computer data in many ways. It can delete the keys in the registry that leads in a critical error.

Malware can also steal personal information such as username, password, and bank account information. Hackers have created them mainly for extortion. It is used to commit financial crimes on the Internet.

So what is malware scanning role here? Its role is to prevent malware from entering the computer. By scanning the files that enter the computer and scanning the PC regularly, threats are identified and eliminated.

If the computer has an anti malware installed, it is safe from malware because the anti malware software scans the new files downloaded from the Internet. Many of the applications on the Internet contain malware.

Hackers conceal malware in fake apps to convince victims into installing it. Often malware appears like a legitimate software that is useful to the computer. But once installed, it does a serious damage on the computer.

For that reason, users are advised to install an anti malware software on the computer to detect if a file contains malware. That is the easiest way to verify if a file is safe or harmful.

How does Anti Malware work

Signature-Based Detection is the process of collecting the file code. Note that malware is identified using the unique code it carries. Once the malware scanner has collected the file code, it is sent to a database that contains virus codes, then the code is compared to the virus codes listed in the database.

If the code matches any of the codes in the database, it means that the file is malicious. The database flags the file as harmful, therefore the file is denied from entering the computer. That’s how Signature-Based Detection works. It relies on virus codes to identify malware.

The other technique the anti malware uses to identify malware is called Heuristics. In some cases, malware bypasses Signature-Based Detection. Either because it’s an advanced type of malware that can mutate or it’s an unknown threat. Note that thousands of malware are discovered every day.

Heuristics monitors the behavior of the files in the computer. If it shows any suspicious behavior, it’s quarantined. During this process, the file is unaware that it is already isolated. The anti malware monitors the file, if it continues to display harmful behaviors, it’s flagged as a threat.

Sandbox is the protected space where suspicious files are quarantined. Sandbox is used to run the file without infecting the legitimate files in the computer. It allows Heuristics to closely analyze the file to identify if it’s malicious or safe.

Any unknown file is also placed within the Sandbox while the anti malware gathers more information about the file. If the file is safe, it is released.

Removal is the last step of the malware scanning process. If the file is identified as malware is eliminated from the computer. If it’s a new threat, it’s code is recorded to update the database.

That's the entire process of malware scanning. Now that we know what is malware scanning and its importance. Make sure to scan your computer to prevent malware infection.