Malware – is it lurking in your computer? 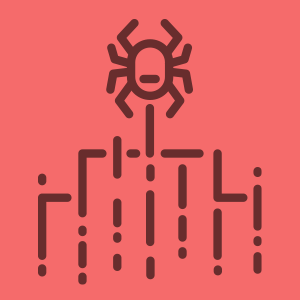 Malware is a shorter term for “malicious software.” It is a program that infects the computer secretly. Once installed, malware attacks the files and other valuable credentials without the user’s awareness. This makes the computer a hostage of the person controlling the malware.

Learning what malware does on the computer gives a better understanding of what is meant by malware.

What Malware Does to the computer

Malware once installed can potentially damage the computer. It works secretly in the background, making it difficult to detect. Its activities include monitoring the victim’s activities to steal personal information such as username and password.

It also encrypts valuable files to extort money from the user, especially if the files are extremely important to the user. Malware also locks the computer. Those are some of the examples of malware activities, but it can harm the computer in many ways.

How Malware gets in the computer

To prevent malware from entering the computer, it is important to know how malware gets installed on the computer. The Internet is one of the primary sources of information today, but it also used to deliver malicious activities.

Hackers use the Internet to spread malware. Every day countless applications are downloaded online and hackers use that to their advantage. By developing strategies that trick the victims into downloading malware without their awareness, malware easily enters the computer.

They conceal malware in an application, a link, or an email that looks legitimate. This technique appears to be effective because it has deceived many users already. Often, the users don’t have any idea that the application, link or email contains malware.

Once the application is executed, malware gets installed. That is how malware enters the computer. Since malware is hard to detect, it may take some time before the user becomes aware that malware has been lurking in the computer.

Different types of malware are spread on the Internet that performs a specific function.

The term Ransomware has its root from the word “ransom.” Well, because it demands a ransom to restore the files or computer. Ransomware is hard to detect because it makes itself invisible in Task Manager to conceal its activities.

Once installed, it accesses the hard drive files then encrypts them. The files are held hostage until the ransom is paid. Be careful with phishing emails because that’s how Ransomware is usually installed.

Trojan Horse is a software that looks normal and harmless but it is dangerous. By pretending to be legitimate software, it deceives the user into installing it. Many users mistake Trojan for a flash player because that’s what it’s often disguised as.

Once installed, it is known to install the other types of malware that allow a hacker to fully access the computer. Basically, the computer is under the hackers control without the user’s awareness.

Spyware is a type of malware that monitors the victim’s computer. Do you know that it can record phone and video calls? By hijacking the browser, Spyware can access all your online activities.

This ability also allows Spyware to redirect the victim to a fake website to steal credentials then transmit the information to the person controlling the Spyware.

A rootkit is difficult to remove, it may require a specific Rootkit remover to eliminate it from the operating system. It also easily bypasses a traditional anti-malware software.

Worm is a self-replicating malware that doesn’t rely on human interaction to spread in the computer and network. Once it enters the computer, it replicates and travels fast and infects the host computers.

It is installed through a phishing email and infected attachment. A worm is known to overload the computer and network that leads to system interruption.

A virus gets installed through a phishing email and attachment too. Unlike a worm, a virus cannot spread in the computer without human help. The user needs to run the infected program before the virus spreads.

Once installed, Virus overwrites the computer files and destroys them. The cycle repeats as the virus travels from one computer to another.

Having a clearer understanding of what is meant by malware prevents these types of malware from entering the computer.

If you suspect that malware has infected your computer, check out the signs of malware infection.