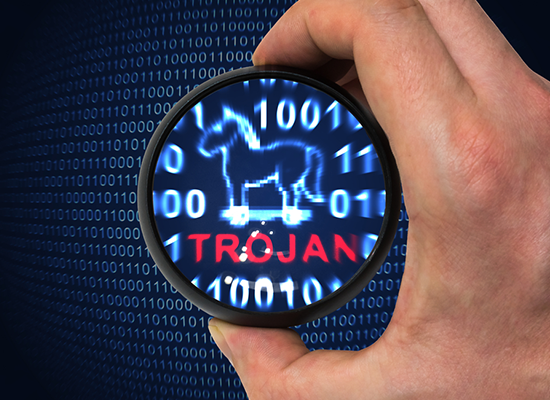 The Definition of a Trojan Virus

The definition of a Trojan virus should be taken seriously. You can compare it to spy who poses as a friend to you. It can suck the life out of your business or even your entire bank account. It's built to send out information and exploit everything you have. The damages are unimaginable and immeasurable when the information is on the hands of the cyber criminals.

The Trojan horse virus (a.k.a. Trojans) got its name from the infamous Greek story “Trojan Horse.” The people of Troy was offered a wheeled large wooden horse by the Greek soldiers. When it's actually used as a vessel to take the Greek soldiers inside the city of Troy – prepared to attack at night. See how much it resembles the definition of a Trojan virus?

If you think that having too many files and running multiple applications all the same time can slow down the computer, it's not the only cause. The definitions of a Trojan virus can also cause that slowness because it must be using many resources.

Do you notice that your computer is showing you all sorts of pop-ups and messages? It doesn't matter if it's an advertisement or a message saying your PC is infected. You can sure now that you starting to feel the common Trojan viruses symptoms. You may have contracted a fake antivirus or a spyware onto your system.

One of the common Trojan viruses symptoms is a slow Internet. Many times, you might not be able to connect to it either. When you know that everyone else in the house or office can connect, be warned. That's one of the common Trojan viruses symptoms. When you're infected, the Trojan horse virus could be connecting to a URL or opening separate connection sessions. Because of that, it reduces the available bandwidth or it makes it hopeless to use the Internet.

An application you really need isn't working at all after minor troubleshooting must be one of the common Trojan viruses symptoms. Some programs can work but some of your programs is won't. You should go check all of your security tools and system to be sure.

Other Definition of a Trojan Virus

The Advanced Endpoint Protection Against All Trojan Threats

Ordinary antivirus that are meant for individual users might miss the stronger types of Trojan viruses. A lot of times, cyber criminals tend to disperse a mix of Trojans. They just attack any people and collect whatever information they can. What you should be considering is an advanced software that can definitely help you in preventing Trojan virus infection. So that you can guard yourself from the dangerous definitions of a Trojan virus.

All you need is to invest on Advanced Endpoint Protection to fight the Trojan horse virus symptoms. It is the next-generation cyber security that blocks bad files and automatically contains unknown files in a virtual container using Default Deny Platform™ and containerization technology. The unknown "contained" file is analyzed and an accelerated verdict is obtained through the Valkyrie cloud-based advanced malware analysis platform. It gives you the Trojan horse virus protection.

Comodo Advanced Endpoint Protection gives a lightweight, scalable Default Deny Platform with a unique endpoint security approach. This results in complete protection and enterprise visibility. The app based platform removes the difficulty in using and solving the issues. Provisioned in minutes, Advanced Endpoint Protection also contains unified IT and security management console, that through an app enabled platform reduces the effort of managing your Android, iOS, OSX, Linux, and Windows devices, on every segment of your physical and virtual networks.