Increase in Targeted Ransomware Attacks in 2019 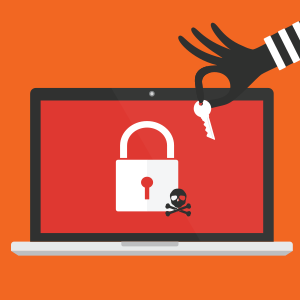 Ransomware attack is trending on the news. It is reported to have attacked different organizations whose operations have been disrupted.

One of the ransomware attacks that have occurred recently is on the Tribune Group. The attack apparently affected the print editions of Tribune Group in several states according to The Inquirer. The first sign of the attack was discovered when the editors couldn’t send completed pages to the printing department.

Ryuk Ransomware is considered to have been involved in the said attack. It’s a ransomware designed for tailored attacks that include intensive planning. Ryuk ransomware is also linked to the North Korean APT Lazarus Group. The alleged author of the Hermes Ransomware; because the two have similarities in nature.

The publisher has not confirmed if the attack was caused by Ryuk Ransomware but the ransom demand they have received appears to have come from Ryuk Ransomware.

Another one of the ransomware attacks that have occurred recently is in Ohio hospitals. Forbes reported that the attack affected the service in the emergency room. Several ambulances were sent to nearby hospitals, while some systems were taken offline to prevent Ransomware from spreading within the network.

The incident was handled well so the loss of patients’ and other valuable information was prevented. Also, with the help of multi-layered security, further damage and paying the ransom was also avoided.

The attack in China is also one of the ransomware attacks that have occurred recently. The new ransomware said to have infected more than 100,000 computers already. This ransomware demanded a ransom in Yuan instead of Bitcoins. Once the files were encrypted, it demanded 100 Yuan equivalent to $16 on WeChat.

The new ransomware infiltrated the computers through a malicious programming code inserted into different applications. But due to poor programming, the WeChat ransomware creator named “Luo Moumou” has already been arrested.

This year 2019, users can expect more ransomware attacks according to SophosLabs. Particularly the targeted ransomware attacks. It’s a kind of attack where cybercriminals choose a specific victim and tailor their attacks to get through the security measures successfully.

In the past, cyber attacks were done on a wide scale. Now, cybercriminals find vulnerabilities on their intended victim through targeted attacks. There will be a huge difference in ransomware attack in 2019.

Backing up the files and taking preventive measures are advised to avoid falling victim to these targeted attacks. These preventive measures include installing patches and running updated software because ransomware is known for exploiting system vulnerabilities.

What is the best security software

Comodo Advanced Endpoint Protection is the leading endpoint security software that provides a multi-layered defense against advanced cyberattacks just like the ransomware attacks that have occurred recently.

It is named the Best in Ransomware Protection in the 2018 Cybersecurity Excellence Awards for its excellence in information security. Comodo Advanced Endpoint Protection introduced Auto-Containment Technology that protects the endpoint devices against suspicious and unknown files.

It quarantines any unknown file in a virtual container for close analysis. Comodo Advanced Endpoint Protection believes that default- allow and sandboxing technologies leaves the endpoint vulnerable to malware attacks.

The other security software allows untrusted files to execute in the computer and sandboxes it if it shows any suspicious behavior. Comodo Advanced Endpoint Protection’s approach is different. It deploys auto-containment enabling the file to execute within a protected space in the computer. Once the file is confirmed harmless, that is the only time it is released.

During the demo with the IT staff at Massena Memorial Hospital, Comodo Advanced Endpoint Protection excelled among the other four renowned endpoint security software. It instantly identified the threat when the IT staff infected his computer with ransomware. The IT experts know the danger of small breach and Comodo’s Auto-Containment Technology renders a zero-day threat on every endpoint and the network.