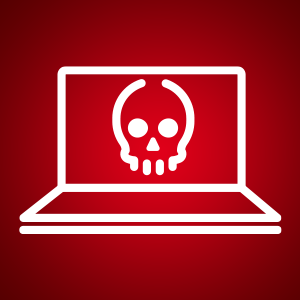 Downloading and installing a malware removal tool is essential because it plays an important role in protecting our computer.

We often see and hear news on TV and on the Internet about hackers breaking into a bank or company security that leads to data and financial loss. It’s really no surprise if one morning, malware hits our computer.

It's a software that contains all the essential tools to identify and remove malware from the computer.

How Does an Anti Malware work

To successfully eliminate malware from the computer, it must first be identified the moment it enters the computer.

Signature-Based Detection is a technique used to collect and analyze a file code. Every time a new file enters the computer, its signature is analyzed to determine if it’s safe or harmful.

It’s sent to a cloud-based platform for analysis. The platform returns with a verdict. It’s one of the conventional malware detection techniques but it’s effective since malware is identified by the signature it carries.

If Signature-Based Detection relies on a virus signature, Heuristic Analysis looks for a behavioral pattern to identify malware. If there’s a suspicious file running on the computer, it is contained in the sandbox.

Heuristics closely observes the file’s behavior, if it meets the pre-assigned point, it’s flagged as a threat. Heuristics relies on the characters and behaviors of the file within the computer. Note: malware always displays harmful behavior in the computer.

The Other Prominent Tools of Anti Malware

Of course, malware prevention won’t be successful without a line of defense that combats malware. What are they?

A sandbox is a protected space within the computer where the unknown and suspicious files are contained while being monitored. What makes it important?

Without a sandbox, suspicious files cannot be monitored without setting it apart from the legitimate applications. If a suspicious file is allowed to run in the computer and it turns out that it’s malicious, it can infect the computer. Since malware prevention is one of the primary objectives, it’s important to execute the file without infecting the other software.

The server is kept up-to-date since thousands of malware are created every day. Every time a new virus signature is discovered, it’s added to the dictionary.

The removal of this malware is also difficult since it’s built in the operating system. Rootkit is a type of fileless malware. If you read about Rootkit, it is one of the most dangerous types of malware that when installed with another type of malware can empty a bank account.

A firewall is the one responsible for protecting the entire network. Malware can transfer from one computer to another within the local network. So it is important to have a security feature that blocks this kind of malicious activities.

Have you heard of Ransomware? This type of malware encrypts files and demands for a ransom. It can spread to the other host computers in the local network. Without a firewall, the network is vulnerable to malware invasion.

Now that we have a better understanding of an anti malware and how it works. Where to download malware removal tool?

Once you have selected the right anti malware for your computer, download the free version of the software and install it.

And there you have it, you now have an anti malware software that protects your computer against malware attacks.